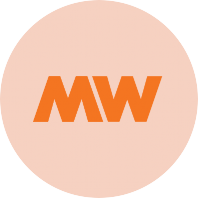 Heritage of Mentoring and Support

In July 1997, a group of women working in the Marketing profession in Sydney came together to talk about the possibility of establishing a mentor program. Headed by Melissa Richardson, a working party was formed to establish the program under the auspices of a newly formed association and Marketing Women was born.

Melissa felt that women in Marketing lacked networking skills and a forum in which to improve themselves, compared to men in the industry.

Stephanie Hunt, an original committee member of five years, moved to Melbourne in 2001 and shortly after arrival started the Melbourne chapter with the assistance of Christine Khor, Stephanie Anderson, Jane Senior, Sacha Leagh-Murray and Sonya Mandeno.

Marketing Women Victoria (MWV), built on the foundation of a mentor program, evolved to include speaker events and social networking to service mid-senior level marketers.

Over this period, speaker events attracted scores of women and a flagship, end-of-year event was held annually with attendance of over 100 Marketing professionals.

A management committee of volunteers means the organisation has changed and flexed depending on the individuals and the dynamic of the group.

From 2004 to 2008, Ros Lawson picked up the reins and dedicated several years to a successful mentor program, networking and speaker events. The prevalent culture during this period was one of wanting to grow the organisation, keep the brand relevant and add value to women’s careers. Networking, knowledge and a friendly forum were all the hallmarks of Ros’ leadership. Integral to the committee were Sandra Goode and Fleur Marshall.

In early 2009, with a passion for securing the future of Marketing Women Vic, the Committee, including Tiz Pittui (President), Gillian Goller, Dianne Jickell, Erin Sievwright, Helen Roberts-Ferguson, Fleur Marshall and Nevi Lateka, commenced a review of the business and marketing strategy. In the second half of the year, Gillian Goller took over the Presidency and the small but enthusiastic and talented group of women worked together to finalise the strategy and map out the 2010 business plan. Nicole Peters joined the committee soon after.

Much work was done in the months leading up to the relaunch to secure the sustainability of the organization, including implementing a governance structure, rewriting the mentor program and working to target senior marketing women – in line with the new marketing strategy for MWV.

The team hit the ground running in 2010, launching a new brand, a new website and a new direction, which included ticketed events with high-caliber executive marketing presenters, and securing a permanent home at Queen Victoria Women’s Centre (QVWC).

The year kicked off with a sell-out event with Jacqui Moore, Group GM Marketing at Country Road. Gillian and Dianne also piloted a Senior Women’s Round Table Series in 2010, which was immensely popular.

In the first half of 2012, Gillian Goller and Dianne Jickell left the committee, having successfully created 11 events with more than 460 participants, as well as three very successful Mentor Programs. The committee at that time consisted of Debbie Hemi, Laura Cvetkovski, Sonja Duric, Nevi Laketa and Felicity Mulhall, with Helen Roberts-Ferguson elected the new President.

Andrea Linden and Sheryn Harvey joined the committee in late 2012, with Olivia Lawrence, Samantha Amiridis, Sam Mellet, and Kara Pietrykowski joining in early 2013. At the annual AGM that year, Helen and Nevi tendered their resignation and Andrea and Sheryn were elected Chair and Vice-Chair respectively. With the new committee and Sheryn’s background in research, the event strategy was revised to having up to three Master Classes (aimed at middle to senior marketers) and three Marketing in Action events (more hands on workshops aimed at junior to coordinator marketers) in addition to a refreshed mentor program headed up by Andrea.

Following Sheryn’s resignation, Dior Coombs joined the committee in August 2014. MWV ended the year on a high on top of the rooftop at the QVWC, with it’s inaugural end of year party.

2015 was the year MWV dropped ‘Victoria’ and became Marketing Women Inc (MWI), with a brand refresh by the team at Bonney Creative.

, Marina Cook joined the committee to help develop the MWI website, whilst Dior Coombs and Sam Mellett resigned from the committee at the end of 2015.  We are thankful for their diligent service on the committee, and are appreciative of Sam’s support as a Mentor in MWI’s Mentor Program 2016.

In 2016, we welcomed Renata Kopinski, Jahmiel Sowman Kate Badgery-Parker to the committee.   Marina Cook resigned from the committee at the end of 2016 to focus on family.  We continue to work with Marina through her business Motivating Marketing, which supports our website.

2016 was a busy year for everyone.   In order to stay relevant and provide event opportunities that can fit in with our busy lives, in 2017, Marketing Women introduced ‘Express Breakfast’ events.   With the new format, we said goodbye to QVWC, and held our first event in March at The Meadow, which was well attended and well received.

In  late 2017, MWI welcomed Angela Piasente, Teresa Basile, Jana Kuthe and Denise Bennett to the committee, and fare-welled Jahmiel Sowman and Andrea Linden who stepped down after a number of years service.

Between 2017 and 2021, the MWI Committee and welcomed and fare-welled a number of volunteers, including Virginia Henshall, Mentoring Program Lead 2018, Kate Cook, Bec Gallic and Catherine Woodfield.

A number of live events were held at Carat Media, including ‘Male Champions of Change’ and Inspiring stories from Female Marketing Leaders with a focus on inspiration for the Marketing industry.

With a focus on re-positioning the brand, The MWI strategy was reviewed with a new Vision; to be A community of female marketers: inspiring, educating and supporting each other’s growth

Purpose: To provide platforms that connect and educate marketing women.

Virtual events were introduced and Marketing Women Inc.  updated its branding and social media presence, as well as introduced a monthly newsletter and an online Blog.

2021 welcomed Stephanie Gillies to the Mentoring Team and Sarah Forbes to the Social Media Team.

The MWI Volunteer Committee continues to grow, change and develop in response to the changing needs of Women in Marketing.

We appreciate all of our volunteers who played an important role in what Marketing Women is today. If you were a volunteer on the committee, and you’ve not been mentioned above, please don’t hesitate in sending us an email detailing your role and time with the committee. Thank you for your service.